The international Augustinian Order, as an accredited Non-Governmental Organization (N.G.O.) at the United Nations, seeks to be an instrument for implementing values of the Gospel of Jesus Christ, as reflected in the social teachings of the Catholic Church, in the international forum.

The Order works to defend human rights, promote education and literacy, as well as economic and social development, and to foster a Culture of Peace.

The Augustinians around the world have selected seven International U. N. Days for special observance. These days give particular emphasis to Christian values.

Each day includes prayers and short liturgical service to help focus and meditate on the theme of the day.

International Day for the Elimination of Racial Discrimination – March 21.

Several lay people who are working or volunteering for the Church in various capacities meet regularly to discuss matters of mutual concern and to discuss ways to collaborate with the Church and its various institutions and other faith groups.

This meeting was held in Kingston, Ontario on Monday June 12, 2017. Some of the items up for discussion included the following:

The next meeting of the network will be in the Spring of 2018.

On April 11, 2017 the students and staff at Villanova College presented “The Way of the Cross” with social justice themes.

It starts inside the school, then moves outside on the grounds of Marylake, then enters the shrine church for its conclusion. 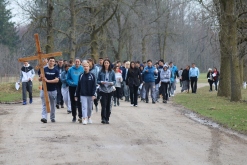 Each station consists of: a narration from scripture of what the station is. There are several pictures at each station depicting the traditional station image, and other images related to a specific social justice theme. 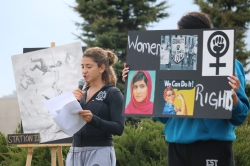 Each station has a short commentary related to the social justice theme.Application is made to modern life today. Some stations have “actors”, some have images projected on a screen, or a short dramatic presentation. 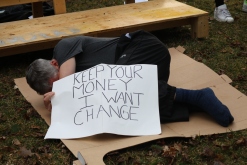 Each station concludes with a prayer related to the social justice theme, and is recited by all students.

When the students have arrived at the shrine church for the final movement there is a closing dance ritual.

Please watch the entire Way of the Cross at this link:

Modern Day Way of the Cross

The JPIC network meets twice yearly in Kingston, Ontario and had its most recent meeting in June 2016. Representatives came from Ottawa, Montreal, Toronto and Kingston. Brian Dwyer from the Canadian Augustinian Centre for Social Justice (CACSJ) was part of the group. The meeting dealt with several updates and provided some new information as well. The highlights follow.

The chapter has been submitted to the Canadian Conference of Catholic Bishops (CCCB) and it is being edited with all the other chapters written by various groups.

A conference will be held in May 2018 to close out the project.

“Canada 150” is a project which names 150 people who have worked for peace.

This guide is in use in the Ottawa Archdiocese. The Assembly of Bishops of Ontario (ACBO) has it on their website. There will be a new guide published after the CCCB publishes their document on Laudato Si.

The World Day of Prayer for Creation is September 1.

People are encouraged to sign on to the campaign at: Dignity for All

International Day for the Eradication of Poverty is October 17, 2016